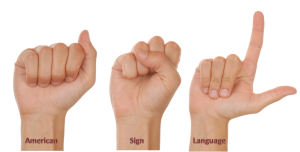 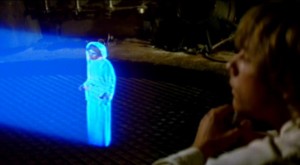 When you think about 3D printing, the last thing you probably think about is “fashion”. Not so for Nervous System, however, a leading company in creading 3D printed “cloth”, accessories, and more.

The company has created a process using 3D printed “petals” to create a cloth-like material which can be made into clothing. The video above shows the intuitive process by which users can design a dress just for them.

Don’t get too excited just yet–at the moment, just one dress can run you $3000. But the company is always looking for ways to bring down the price, and they have a wide variety of stunning 3-D printed jewelry available for purchase through their website.
So what do you think? Will we all be running around in 3D printed jumpsuits ten years from now? Or does that sound too uncomfortable? Leave your thoughts in the comments.
Originally posted at https://www.rapidcut.com/blog.

There’s nothing worse for most people in today’s world than a spotty wi-fi connection. It interrupts your work, your play–even some applications you don’t even realize you rely on can be impacted by a faulty wireless connection. But, many people forget that, as annoying as .1kpbs per second downloads are, there are large swathes of the world with little to no access to the internet at all. These areas tend to be low-income, rural, and forgotten by mainstream society. With information access being redefined as a human right, the gap between those with internet access and those without has served to reinforce power imbalances as old as society, creating an ever-widening gap between the haves and have-nots.

Google, ever determined to usher us into the future of our collective imaginations, has begun an initiative to bring internet access to the most remote areas of the world. This project could mean that billions of people in regions like India could gain internet access for the first time. It isn’t hard to imagine a future where all of our internet operates on satellite systems as opposed to the underground and undersea wiring system we have used since the ‘net was born.

The “Loon” in Project Loon is short for ‘balloon’, referring to the weather-balloon-like apparatus used to keep the transmitters in the air. They are deployed to 20km over the Earth, in that ambiguous area between space and the atmosphere. Perhaps in the future, this technology will be upgraded to full-on satellites as opposed to the balloon-sattelite-hybrid seen here.

What do you think of this new technology? What will the internet look like when its population suddenly swells by, potentially, billions of new users? How will this change the economic landscape of the net? Let us know what you think in the comments.

Welcome to Rapid Cut Pulse, where we share what has us talking this week. Let us know in the comments what strikes your interest!

It turns out, 3D printing has applications most people haven’t considered, including in-home arms manufacturing. Should this be regulated? If so, how? Share your thoughts with us.

That title might sound like the precursor of a robot apocalypse, but never fear: these robots are friendly. Well, they’re programmed to be friendly, anyway.

Why These Big Companies Want a New 3D File Format

More interested in the technical side of 3D printing than the applications? Looks like a new standardized 3D file format is on the way. Read about the companies leading the charge here.

State of the Industy

Legos get in on Manufacturing by CNC

You’d be amazed what you can make with Legos, and I’m not talking about those kits at the toy store. Check out this milling machine made ENTIRELY from Legos, but for its drill bit.

A bike that rides on water?? You have to see it to believe it.

What are Kids Up To These Days?

Ever wonder what your kids are doing on their phones? If so, you’re certainly not alone. Let’s find out.